The armour of God

I don't know about you, but things seem little shaky at the moment! With a Government that seems to be rocking, with war on our doorstep, with the economy feeling vulnerable, with racism and discrimination in our key institutions being brought to our attention, with the current ‘Defender of the Faith’ stepping back and seemingly making way for a new chapter - will he defend the faith in the same way as she? With all this going on the last few months have rocked me a little. One of my friends said the other morning that I must stop listening to the news so obsessively - it’s not good for me. And I guess the question that came to me is how do we stand in the day of evil?

When you reflect on what’s happening in the world, what is certain is that on a daily basis, evil and shocking depravity is real. Many of us have become numbed to it, probably because it happens so regularly. My question is this however: How do you handle such news? How do you make sense of it?

You see nearly 300 years ago big thinkers like Jean Jac Rousseau in what’s called the Enlightenment period of history, tried to convince us that it was the stuff outside of us that solely bred evil. He believed that if you changed those things, it would be all ok. Education and the economy, scientific and political and social progress (these are good things by the way- I’m not knocking them) But Rosseau tried to twist our arm and say these were the primary culprits that would deal with all the mess of the world - forget the spiritual.

But where has that got us? In Ephesians 6 the Apostle Paul addresses this. He says: ‘For our struggle is not against flesh and blood, but against the rulers, against the authorities, against the powers of this dark world and against the spiritual forces of evil in the heavenly realms.’ In other words, evil is more complex than we think.

The other night we watched the psychological thriller Silence of the Lambs. In it there’s a fascinating dialogue between the young, softly-spoken, new to the job, FBI agent, Clarice Starling and the infamous serial killer Dr Hannibal Lecter. By interviewing him, she was trying to get into his mind with the hope of helping her to catch a current serial killer who was on the loose. And so, as she walks to his high security cell, she asks Barney one the prison guards about Dr Lecter - ‘What made him so bad, what happened in his life that made him so cruel and twisted?’ - tell me all about the outside stuff! Lecter hears her. Oh oh Agent Starling. But his response is profound. He says,

Professor Andrew Delbanco - not a Christian - puts this dilemma perfectly when he writes,

‘The repertoire of evil out there has never been richer. Yet never have our responses been so weak.... Evil tends to recede into the background hum of modern life.... We cannot readily see the perpetrator.... So the work of the devil is everywhere, but no one knows where to find him....’

‘Put on the full armour of God, so that you can take your stand against the devil’s schemes...1‘

I wonder what those schemes are? Well C S Lewis describes two of them as overestimation and underestimation.

On the one hand, the devil would like us underestimate the presence and power of spiritual evil and be oblivious to his evil forces. To let him get on with war, violence, injustice, greed, abuse, breakdown and lies in the background while we try and make sense of the world without him. While we put all our hope in Jean Jac Rousseau.

But on the other hand, the devil also wants us to overestimate his power so that (1) we get all scared and lose hope and be crippled by fear; (2) it makes us question God, doubt God, and lose faith maybe and (3) put everything down to him and devolve ourselves of all personal responsibility.

Well, we put on the full armour of God.

1. The sword of God’s empowering Spirit inside us applying God’s truth to every aspect of our lives

2. The shield of faith as we trust him and starve doubt, discouragement and temptation of the oxygen they need to wreck our lives.

The Roman Historian, Cassius Dio, writes of how effective the Romans soldiers were in battle by wielding their shields together in tortoise wall formation above their heads and covering the sides protecting all of them in group strategy.

'Those infantrymen who use the oblong, curved and grooved shields are drawn up around the edges, making a rectangular figure, and facing outwards with spearpoints projecting they enclose the rest. The other infantrymen who have flat shields form a compact body in the centre and raise their shields above the heads of all the others so that nothing but shields can be seen in every part of the phalanx and all the men are protected from missiles by the density of the formation. It is so marvelously strong that men can walk upon it and whenever they come to a narrow ravine even horses and vehicles can be driven over it'.

Maybe The Apostle Paul had this in mind when thinking about our together faith!

3. The belt of God’s strengthening Word.

4. The breastplate of his righteousness given to us by grace

Phil Moore writes: ‘Since the devil loves to attack our thoughts and emotions, Paul tells us to defend our heads and hearts through firm belief that the gospel has saved us and declared us fully righteous in God’s sight.’

5. The helmet of salvation which sets us free

6. The shoes of readiness to serve God through the Gospel and

‘Surprisingly the Apostle Paul doesn't mention the javelin which was the main long-range attacking weapon of the Roman legionary. Roman soldiers would rain down showers of javelins on their enemies in order to put them into disarray before hand-to-hand combat began. Maybe he had this in mind with prayer….. Prayer certainly does that to the devil’s forces. If we sit with Jesus in the heavenlies and he lives inside us on the earth, we can rain down heaven’s power on the devil’s army before it ever gets close enough to harm us

In short, putting on the full armour of God is looking to the cross for victory.

As the great hymn ‘Be Thou My Vision’ shouts out:

Heart of my own heart, whatever befall

Still be my vision, O ruler of all

Jubilee, there is a day coming when Jesus will wipe out all evil, mourning, despair, guilt and condemnation. There is a day coming when Satan’s head will be finally crushed as we read right at the start in the first pages of Genesis. There’s a day coming when we, the sons and daughters of God, will be revealed for who we really are...that all of the creation itself will be liberated from its bondage to decay and brought into the freedom and glory of the children of God.

But meanwhile, we fight, we battle, we forgive, we trust, we love, we pray knowing that God brought you and me alive - right along with Christ! That he has stripped all the spiritual tyrants in the universe of their sham authority at the Cross and marched them naked through the streets (Colossians 2:13).

Brothers and sisters….Let the truth set you free! Let’s keep putting on the full armour of God, so that when the day of evil comes, you may be able to stand your ground, and after you have done everything, to stand.

This is my prayer for all of you in this season. 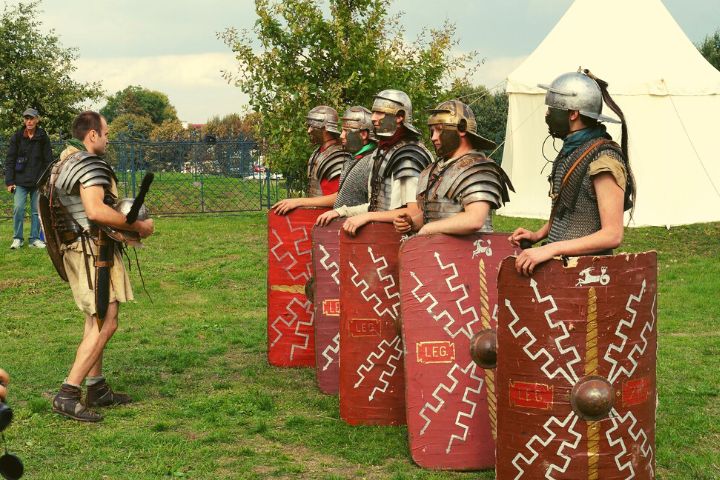 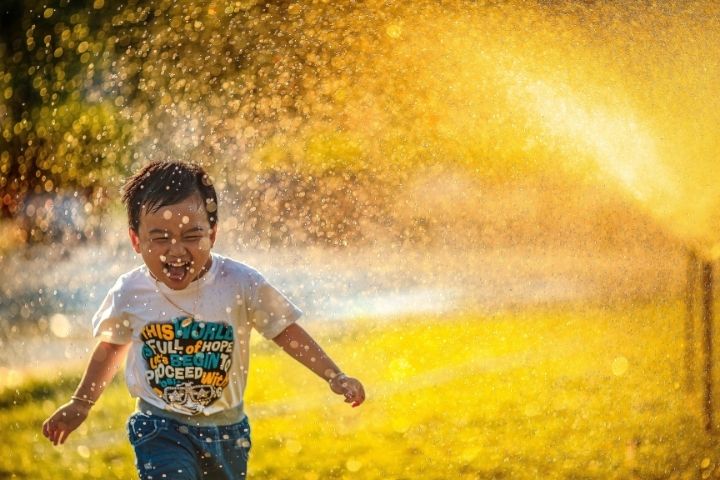 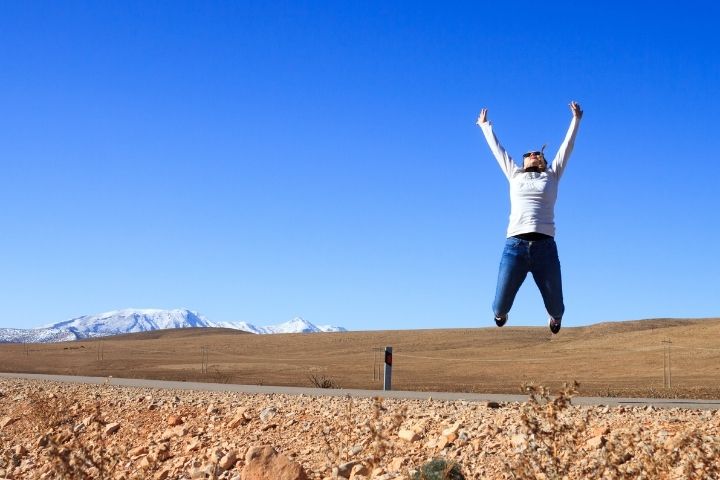 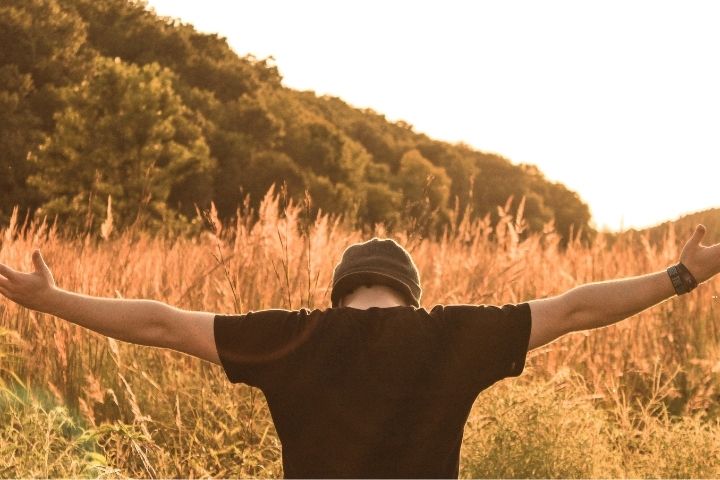